Thirty-five percent of district and school administrators in a recent survey said they want to increase the use of mobile apps to communicate with families. Only 10% wanted to send out more emails. Credit: Parent Square

New data sheds light on lessons learned during the pandemic and how districts are shifting communication practices for the future.

Overnight, the pandemic forced schools to update the way they reach and interact with families. And according to a recent survey from Parent Square, a platform that many districts use for home-school communication, that shift is continuing.

In two to three years, district and school leaders expect mobile apps, texts, and social media to be the primary methods of getting their messages out to parents, according to the survey of over 1,300 administrators and other staff members. That means email — currently the most frequently used format — will become a less-important means of communication. 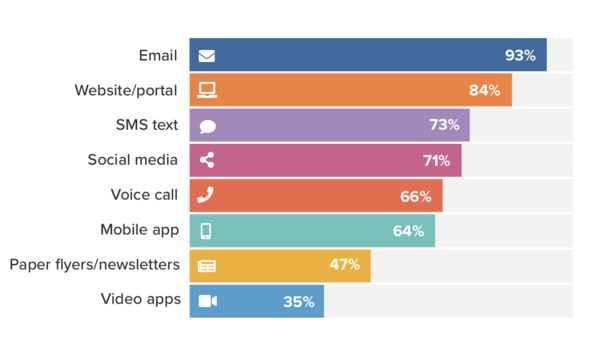 Most districts already use a variety of methods to communicate with families. Credit: Parent Square

Educators know a mix of options is necessary to allow families to interact with schools through whatever method they prefer.

“Families, like all of us, are different types of learners,” Elizabeth O’Bryon, co-founder and Chief Impact Officer of the Family Engagement Lab, said during a webinar on the results. “They want to access information through different ways, different channels. I think that really represents the diversity of needs and experience of families in school communities.”

In the future, however, districts’ communication methods might not include paper. Sixty-four percent — almost two-thirds — of the survey respondents want to eventually eliminate paper flyers and newsletters. But Frank Catalano, chief marketing officer of Parent Square, noted that most respondents said that “all modes still serve a purpose, even if they don’t necessarily want to keep spending time and money on it.”

Even if districts still use paper to communicate, another clear takeaway from the results is that leaders want to be able to send single messages over a variety of formats at one time. 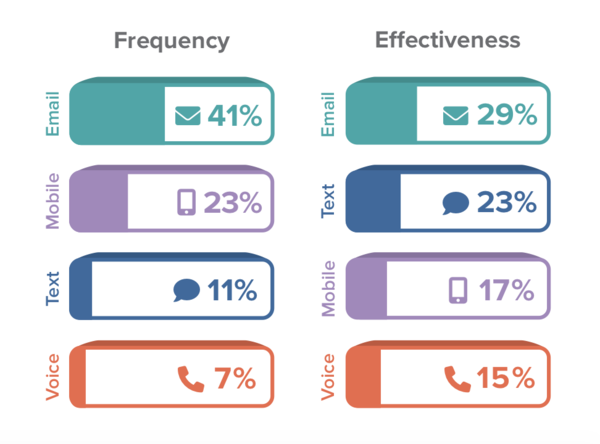 The communication methods districts use the most aren’t always the most effective, while those used less frequently have more potential. Credit: Parent Square

The survey is just one example of how district leaders and researchers are trying to turn the tragedy of the pandemic into an opportunity to improve the way they communicate and interact with families.

Leaders from the Chicago Public Schools worked with the University of Chicago Consortium on School Research and community-based organizations to hold a series of focus groups with educators as well as family members, including mothers, grandparents, siblings and others who took on the role of helping children during remote learning.

The conversations yielded a series of lessons that can benefit schools and families more broadly. The first three, confirming some of the results of the Parent Square survey, focused on daily strategies that became essential during school closures.

Four additional lessons emerged to shed light on the practices that families appreciated and found to be effective.

One overriding takeaway from both the Parent Square and Chicago research efforts, is that districts need to remain flexible and continually ask families what method works best for them. Catalano added that it boils down to districts knowing their families, what languages they speak at home, and whether they have reliable internet access.

In addition, while parents may say they prefer texts, getting too many of them can become distracting, especially if families have children in multiple schools. It’s important to still have one central place to find messages that parents might have missed, Trinette Marquis of the California School Public Relations Association, said during the Parent Square webinar.

“Parents are a little bit overwhelmed,” she said. “They’re getting a lot of information and they want it to be in a digital format that is really accessible and [so] they can go back and look it up because they’re getting so much.”